Marscoin explores the idea of leveraging the power of a peer-to-peer, distributed open cryptocurrency to incentivize space exploration.

In 1990 Robert Zubrin and David Baker published a feasibility study detailing plans for a journey to Mars and building a rudimentary base using the natural resources available on Mars [1]. Even though NASA adopted the plan 20 years after the last moon-landing and eventually canceled it due to budget reasons, another two decades later the chances that government-funded colonization of the solar system will ever happen – even though technologically possible – remain slim.

In 1998 The Mars Society was founded at a convention in Boulder, Colorado [2] and Robert Zubrin has led the organization ever since, to keep the dream alive of sending humans to Mars within a decade. Since that time, the Mars Society has built and operated two analog research stations, pioneering serious research on the human factors challenges for humans to Mars mission.

At the same time, the risks associated with asteroids, climate changes, super-volcanoes, pandemics etc. have not decreased [3] and opportunities resulting from pushing technological boundaries, inspiring new generations, scientific exploration and engineering challenges could not be greater [4].

Who are kickstarting the effort to decentralize humanity

Therefore, a series of individuals have in recent years started to explore ways to take matters into their own hands. Most notably Elon Musk with SpaceX [5]

We believe that Mars colonization is a moral imperative. For the sake of future generations and out of gratitude for the achievements of earlier generations that gifted us with this level of knowledge and technological expertise we simply can not to let such opportunity go to waste. We should, therefore, make the best use of our current technological capabilities and push for the beginning of a settlement on Mars. The resources such an endeavor will ultimately unlock, the science and engineering frontiers it will open up and the unifying power it will exert on humanity are truly inspiring.

The biggest obstacle for beginning to explore settling other parts of the Solar System – in particular, the next best choice which is Mars – has been and will be (for the foreseeable future at least) the big question of funding for such a project. Even though technologically challenging, a Mars mission and settlement are within the realm of our current capabilities at the approximate initial cost of 10 [7] to 30 billion USD, far less than many other recent government expenses. Interesting fact: Satoshi Nakamoto, the developer of Bitcoin, is assumed to own about 1,100,000 Bitcoin. At the current time, this would equate to approximately 50 billion USD. 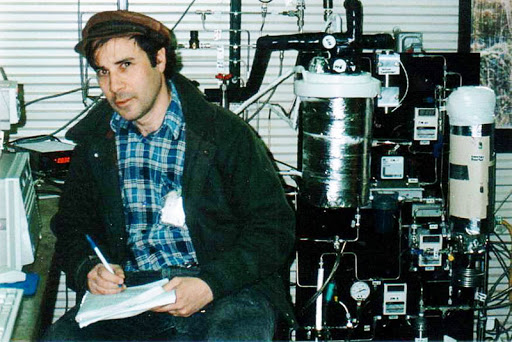 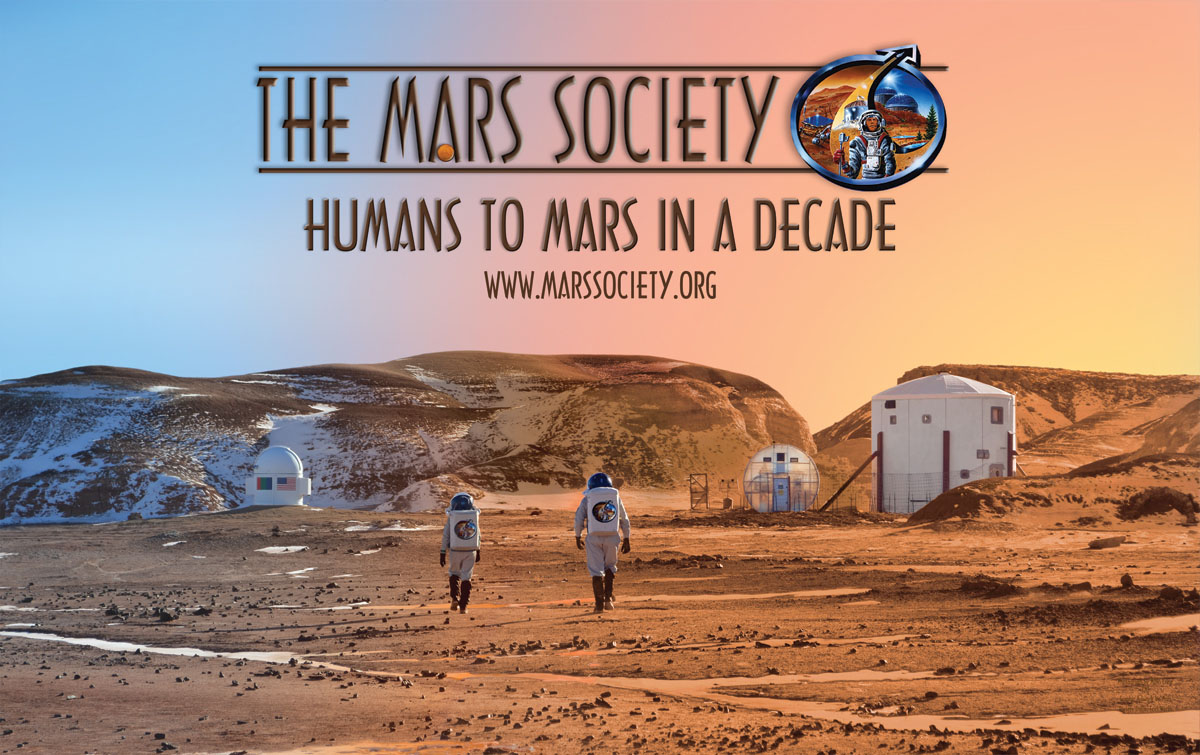 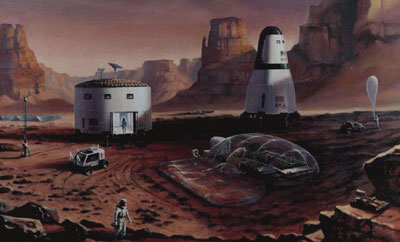 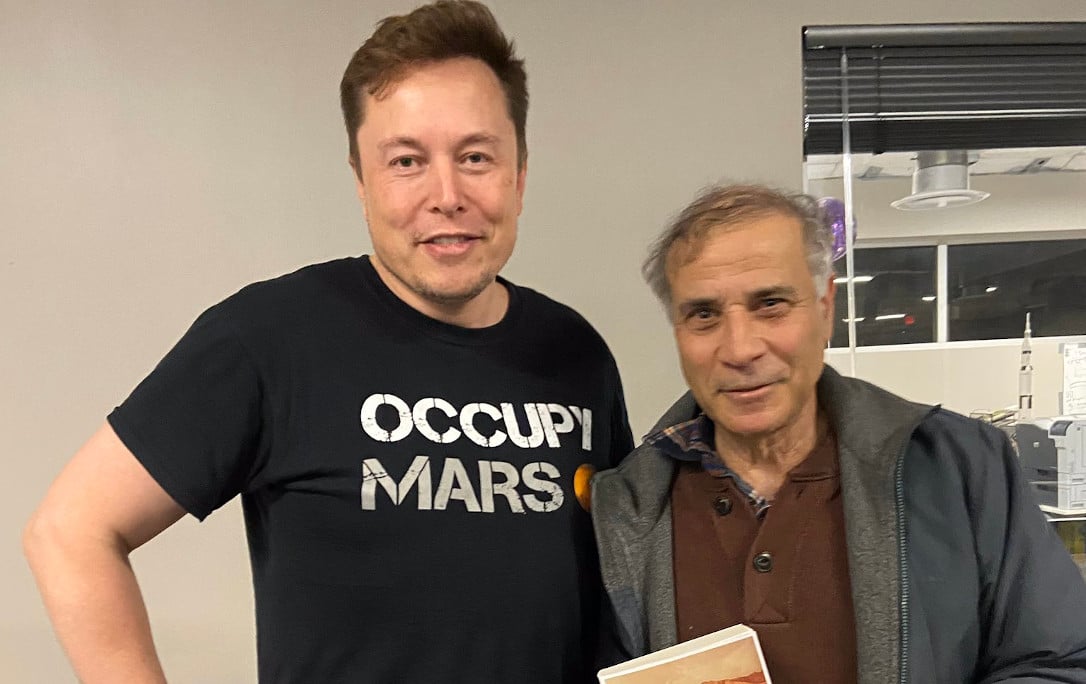 Since 2009 a new invention, a peer-to-peer decentralized secure payment and monetary system, bitcoin, has demonstrated quite powerful how a future planetary economic and financial system could look like [8]. Indeed, as many observers have noted, the most difficult part in using bitcoin is actually the “legacy system” of our established old banking and financial industry.

It might seem logical that on a new planetary settlement a payment and value transfer/storage system such as bitcoin would be useful first and foremost. It is very unlikely that the first Martian settlers will start printing paper but it stands to reason that they will need a way to track ownership pretty quickly. In fact, a scarce cryptocurrency would allow the developing Martian economy to operate freely yet prioritize allocating resources towards real needs while ensuring that the early stake-holders, risk-takers and most experienced colonists benefit the most.

However, due to the nature of interplanetary communication, Mars is too far from Earth to allow it to participate in the bitcoin network on Earth. The time it would take for a payment on Mars to be confirmed by the blockchain on Earth would be too impractical. Therefore the Mars settlement would start their own cryptocurrency [9].

If, however, we were to start that cryptocurrency here on Earth, ahead of time, and donate an initial stack of Marscoins to the efforts of the Mars Society, one of the largest international space advocacy organizations [11] with the goal of kickstarting Mars colonization through non-profit activities and research projects, volunteer work and funding of space related activities, we could start mining and using Marscoins alongside other cryptocurrencies until the first settlement gets established.

The more people that adopt Marscoin and use it in their daily lives, the more Mars colonization efforts will benefit. Marscoin, defined as a sound monetary alternative to Bitcoin [12] would grow in purchasing power and thus quite naturally be able to fund developments directed to the establishment of a first Mars settlement (directly or indirectly). Just by utilizing and acquiring Marscoin, private individuals would participate in the biggest Kickstarter project of all time, supporting space outreach efforts while enabling humanity’s first foothold on another planet. Just by adopting Marscoin, the first extra-terrestrial base in the Solar System could be bootstrapped or at the very least efforts to do so could be funded. As of December 2017 the market cap of all cryptocurrencies is 600 billion USD – any growth in Marscoin could bring humans closer to taking a step among the stars.

An increased value of Marscoin will mean increased financial means for the Mars movement. As an early adopter, you will be a part of this history. Our Whitepaper goes into further depth on the need for and execution of Mars’ own economic bedrock, the Marscoin Blockchain.

In addition, everyone who downloads the Marscoin client initially and starts mining and using it and thus supporting the endeavor will have a stake in any future growth of a Martian economy (or Earth-side adaptation) in correlation to his early level of involvement – with the privacy and anonymity of cryptocurrencies this participation can easily be transferred to future generations on Mars: Once the first crewed SpaceX Starship heads towards Mars, a copy of the blockchain could be transferred to Mars by some volunteering Martian colonist and setup as the first mining node on Mars. The deflationary “cap” on the number of issued coins and thus the ability to participate in Marscoin, to reserve your “Kickstarter spot” on the use of Marscoin here on Earth, will lead to time-based scarcity increasing the value of Marscoin prior to moving to Mars and thus increasing the funding available to the early non-profit organizations and thus the speed with which the settlement can be made a reality.

On Mars, early colonists will continue to mine Marscoin. Because Marscoin is derived from Litecoin, its frequent confirmations (2.5 minutes) and script hashing algorithm will make it convenient and secure. There will be no need for expensive and costly mining machinery to keep the network running. Also, proposals exist that could add extra layers of security on Marscoin to prevent possible Earth-side interference with the blockchain on Mars (due to the distance there, it is relatively easy to protect Marscoin from Earth). Eventually, we can envision exchanges that will allow money conversion from Bitcoin (Earthcoin) to Marscoin on Mars and Earth. Marscoin is a project that involves a high amount of risk – it’s a labor of love and a global experiment in distributed collaboration for space colonization. Take a look for our roadmap and design ideas as well. We believe that network effects make it nearly impossible for other coins beside Bitcoin to become global reserve currency networks but are very serious in our efforts to make Marscoin the first cryptocurrency network on Mars. 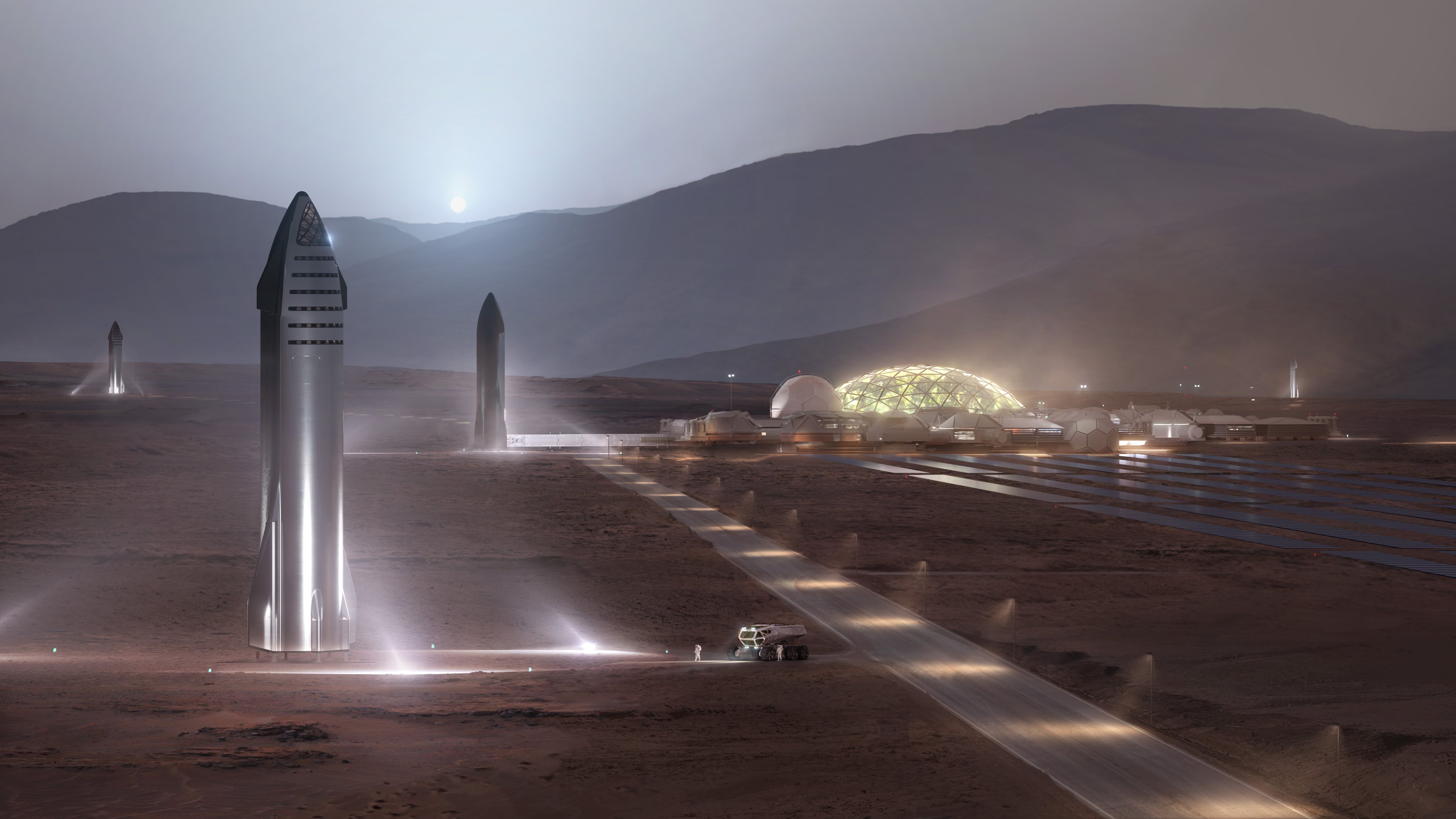 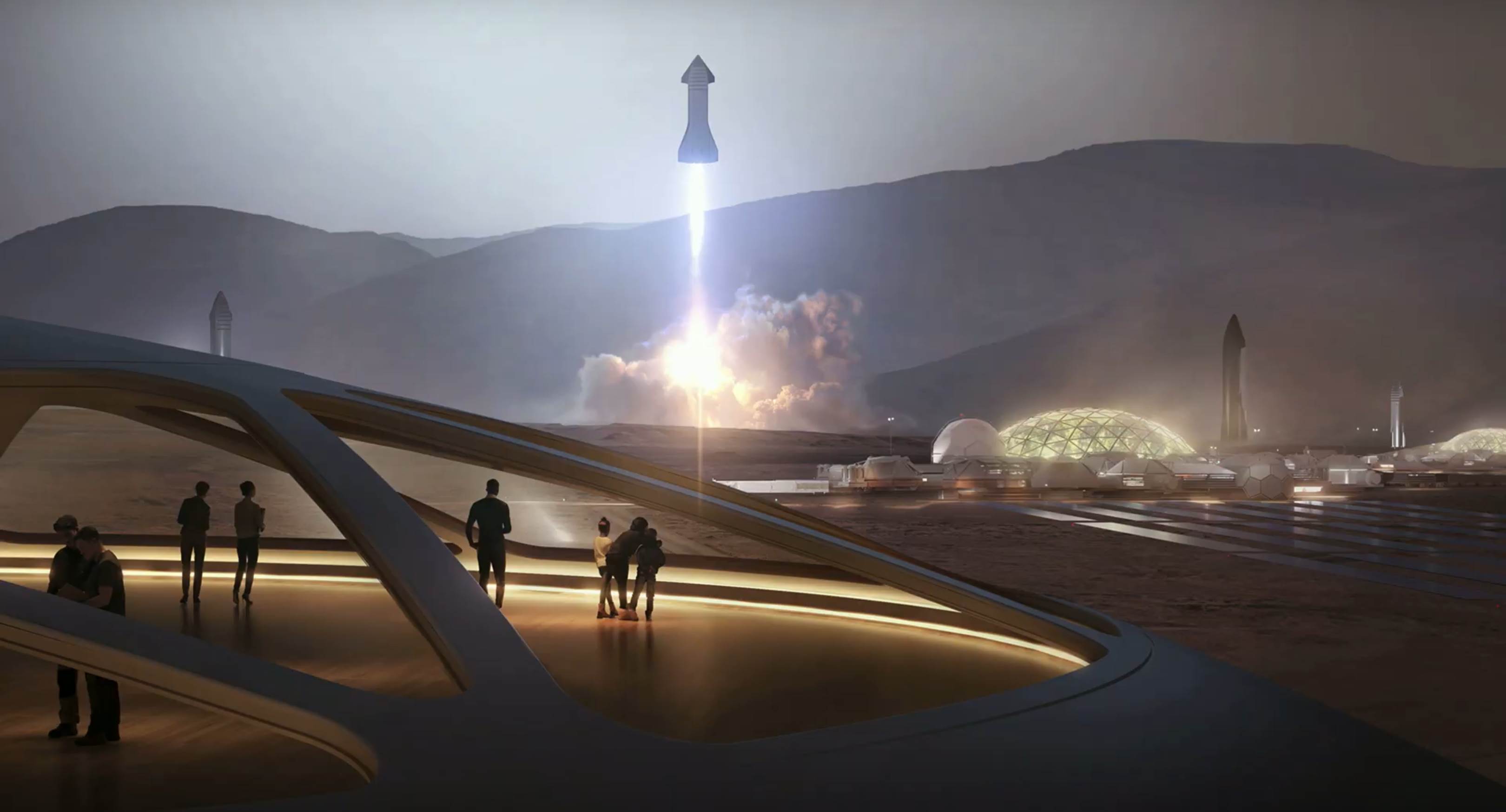 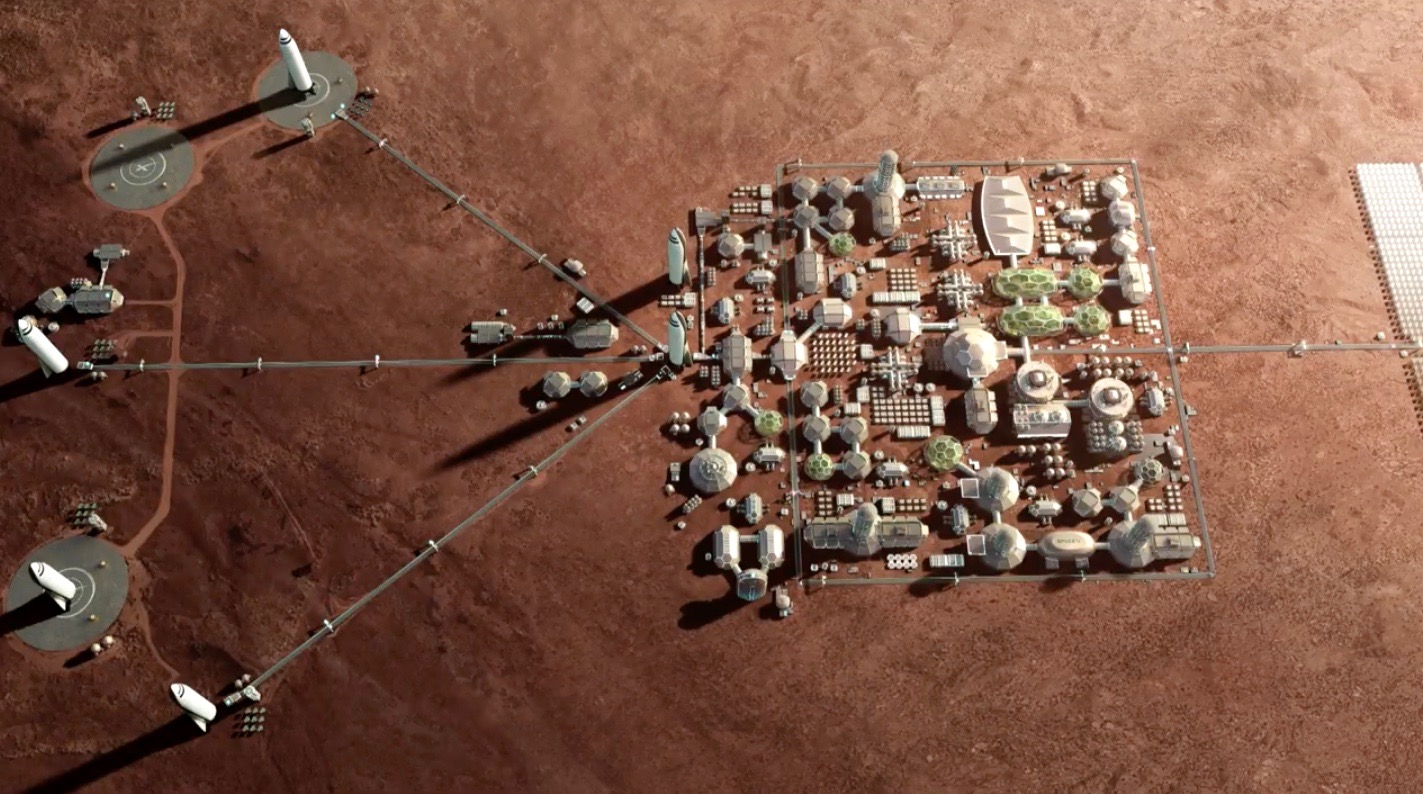 Consult our project roadmap to understand where Marscoin is going.