I have a dream.
I have a dream that one day millions of people will live on Mars.
What about you? Marscoin is intriguing and worth paying attention to. Everyone is going to Mars: NASA, European Space Agency, the United Arab Emirates, and more! Elon Musk’s SpaceX is intent on landing “… on Mars by 2026”!
This future is within reach, and we are here to talk about the future currency of Mars! The future decentralized governance systems of Mars. The future of technology for space faring mankind.
On July 30th, at the Marscoin Expo, we will brief you about the concept of Marscoin. We will also introduce our world-wide operating decentralized group of enthusiasts, scientists and developers - our purpose, our beliefs, where we are heading, and what we have done. We are excited to share our view on near and far-future potential regarding Marscoin and its roadmap.
We want to unite everyone, connect, and form a community. Let’s get you into these professional networks to gain industry-level knowledge. You are part of what’s happening! We’ve organized influential & certified specialists and insiders to describe why this project matters - and what needs to happen next.
Join us for our online, one-day conference. It’s free! Here’s the link to our second annual expo: 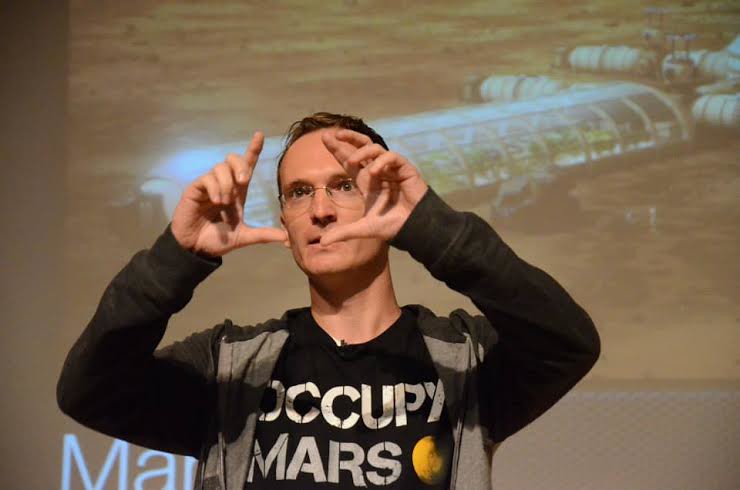 Founder, Marscoin & President, the Marscoin Foundation
Marscoin Project Update & Martian Republic Introduction
Lennart was born in North-Eastern Germany, grew up in Vienna, Austria and lives currently in Sarasota, Florida. Coming from an engineering family his first love was science, in particular Astrophysics. Mr. Lopin graduated from Rostock and Goettingen university in Germany in 2003 with a master’s degree in Computer Science and a specialization in Computational Linguistics and Artificial Intelligence. His thesis focused on automated text-analysis and summarization.

He discovered Bitcoin in 2011 and has been involved in the Bitcoin ecosystem ever since, including the launch of his own cryptocurrency project “Marscoin”, automated loan application processing platform “Standard and Riches” and cryptocurrency trading software “BitcoinMetaTrader”. In 2018 Mr. Lopin co-founded the Florida Blockchain Association, an industry specific alliance of businesses promoting blockchain technologies in Florida. 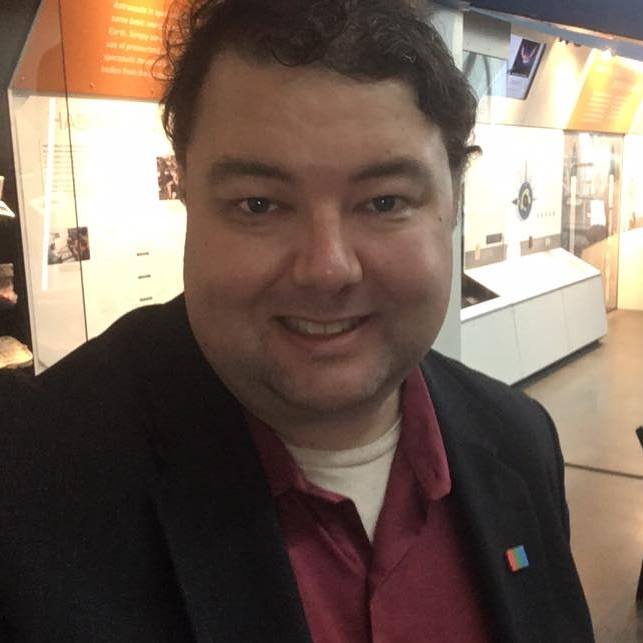 Executive Director, The Mars Society
Towards a Mars Metaverse
James Burk is a founding member of The Mars Society, the world's largest nonprofit organization dedicated to sending people to Mars and settling Mars as a new branch of human civilization.

James is a former Microsoft manager and software engineer, having graduated with a degree in Computer Science from the University of Florida. He's a certified Project Management Professional, Certified Scrum Master, cloud computing architect, and Microsoft technology expert. He recently became a Certified Blockchain Expert by the Blockchain Council.

James is also a PADI-certified scuba diver and professional analog astronaut, and will be commanding Crew 261 at the Mars Desert Research Station in Utah in December 2021. 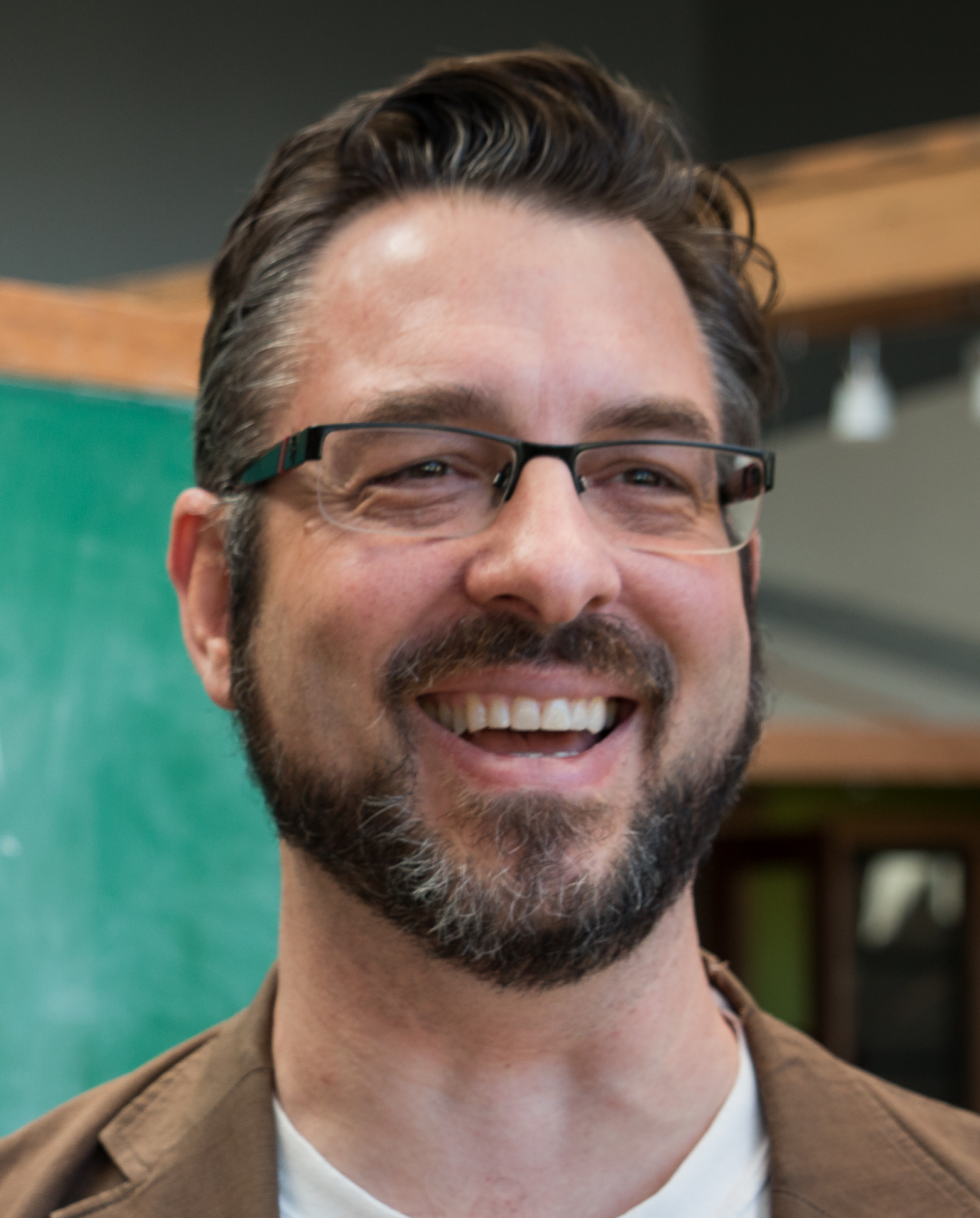 He and his team of accomplished engineers (and a legion of other specialists!) think we can build the Lunar Elevator in 8-12 years for ~$800M. Along the way, the LiftPort Group has discovered new metal alloys, holds records in robotics and ballooning, created a new method of weather monitoring.

Michael's professional experiences include U.S. Marine, investment advisor, internet entrepreneur and real estate developer, and he is President of the U.S. Alumni Association for the International Space University. 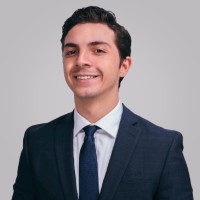 Martian Republic Wallet - Challenges and Structure of Non-custodial browser based cryptocurrency wallet design
Sebastian began his life in Ecuador, but his family quickly moved to the United States escaping corruption and in pursuit of freedom. He then grew up in Fort Lauderdale (FL) where, in 2014, he started experimenting with crypto by purchasing bitcoin using gift cards. He later moved to Orlando to pursue a degree in Computer Science at UCF, where he learned more about crypto and grew closer and closer to the ideals of decentralization for a more transparent and fair society. This led to him moving to Sarasota (FL) to work at Byte Federal, a crypto ATM company. Since then, he has worked on various projects including the Martian Republic with its Marscoin client-side wallet, a Marscoin-based proposal system, and his development in ByteWallet, a crypto and marscoin wallet, to bring cryptocurrencies closer to the users. 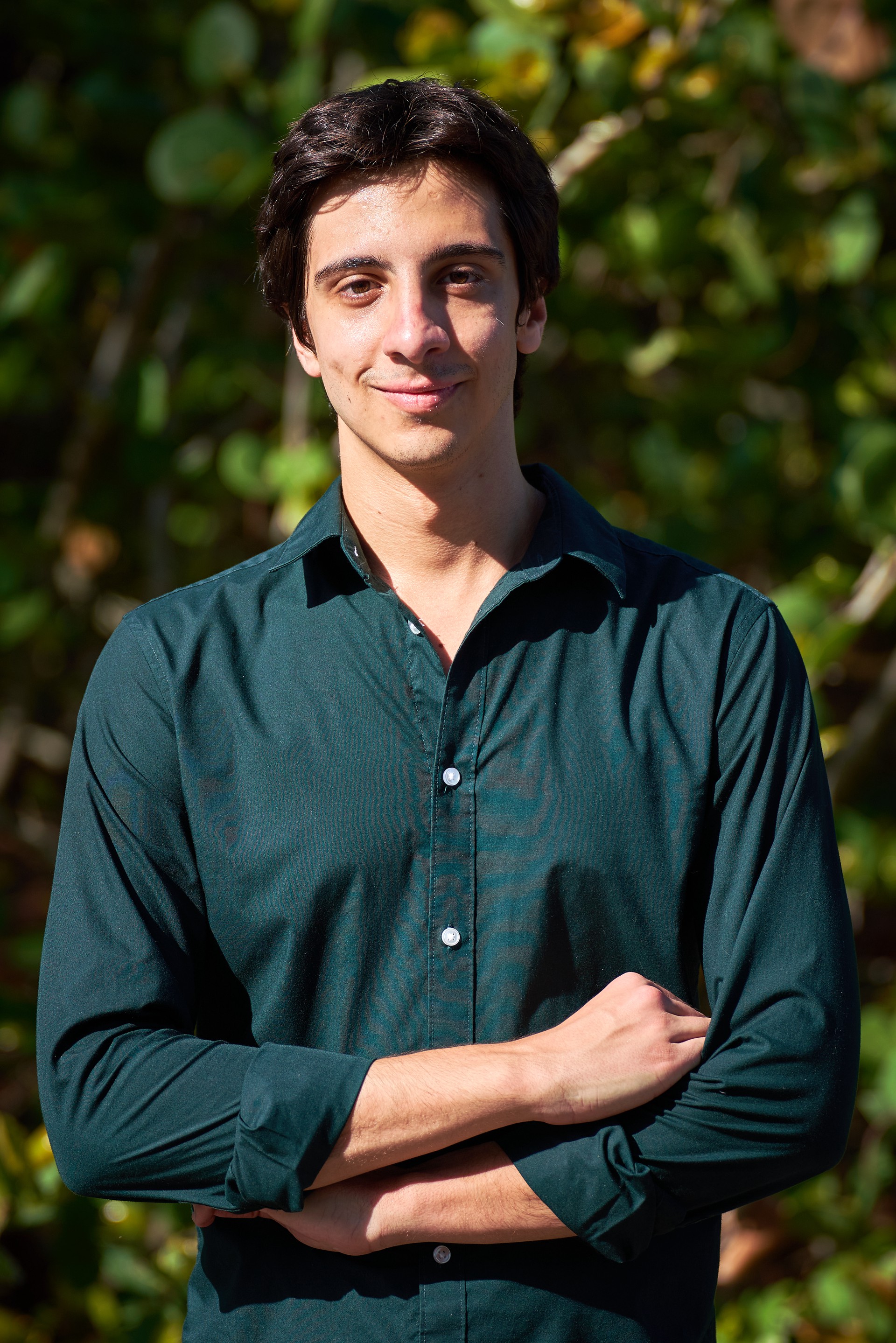 ByteWallet and Marscoin - Coin-swaps and Marscoin in a cutting-edge cross platform mobile wallet
Originally from Argentina, and son of two tech-oriented parents, Kenneth began learning about technology in middle school by studying programming and competing in E-Sports tournaments at the highest level. Then in 2017, he travelled to the US to complete an undergraduate degree in Computer Science at Rollins College (Orlando, FL). With an initial focus in the field of game development, and with a deep passion for freedom and decentralization, Kenneth naturally pivoted to blockchain and app development after moving to Sarasota (FL) and joining Byte Federal, where he has been working to expand the reach and influence of cryptocurrencies by developing varied technologies. Most recently he worked on Byte Federal’s mobile app to create a Swap that allows users to buy Marscoin with either US dollars, or with other cryptocurrencies. 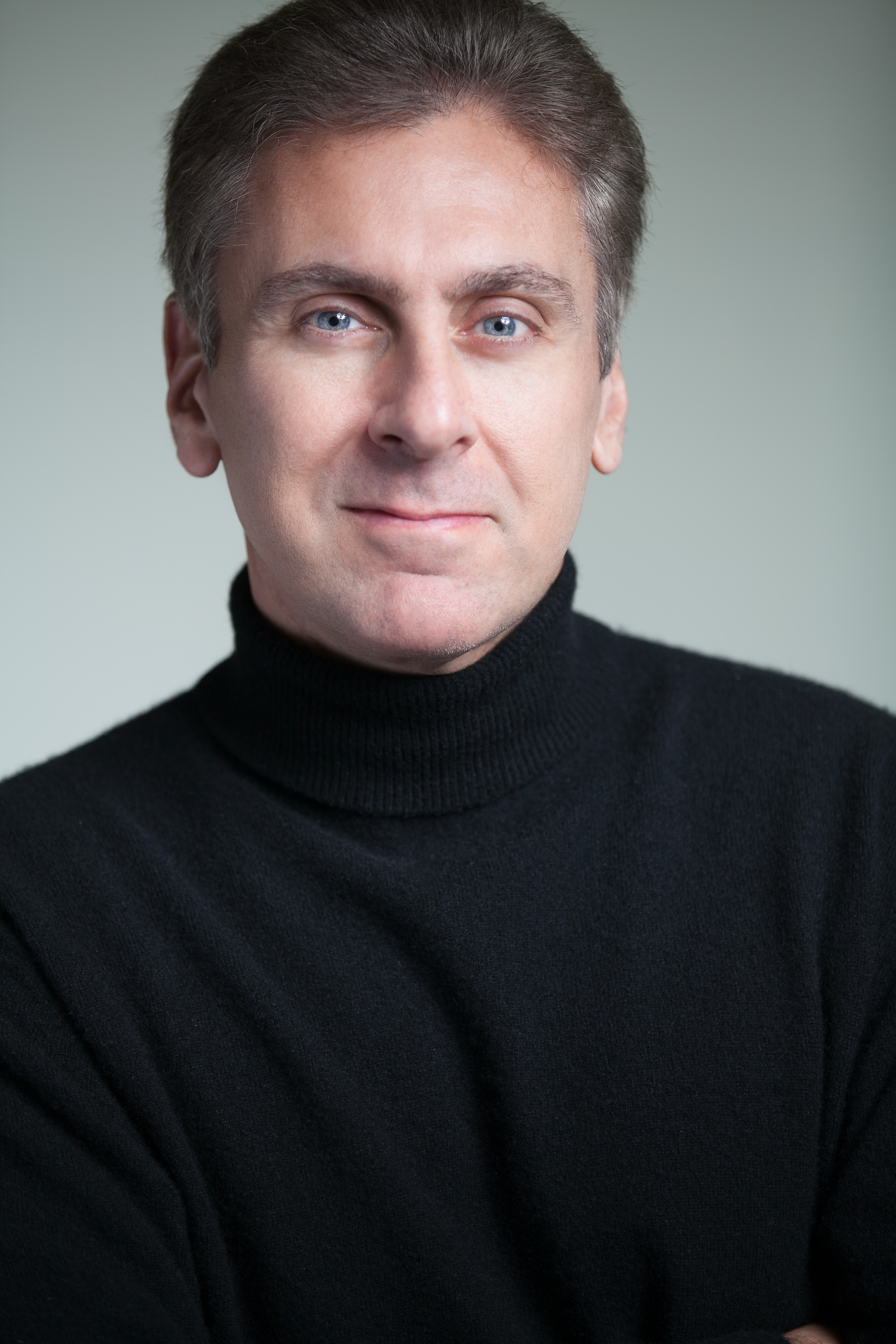 Fiction and Reality
Alec Peters, Jr. (born 3 September 1960; age 61) was founder of Propworx, which contracted with CBS Consumer Products from 2010-2012 to auction off Star Trek memorabilia, and was subsequently employed by CBS Consumer Products from 2011-2012 as archivist for their Star Trek archive. He is executive producer of the controversial fan film projects Star Trek: Prelude to Axanar and Axanar, which notably raised over half a million dollars in crowdfunding between 2014 and 2016. 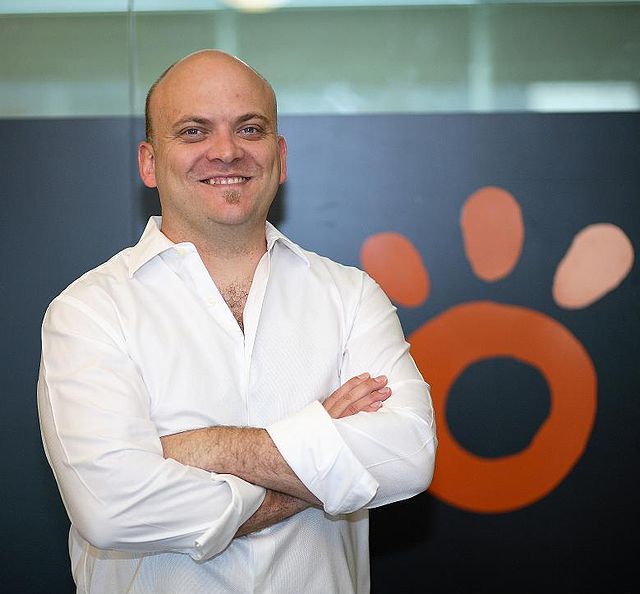 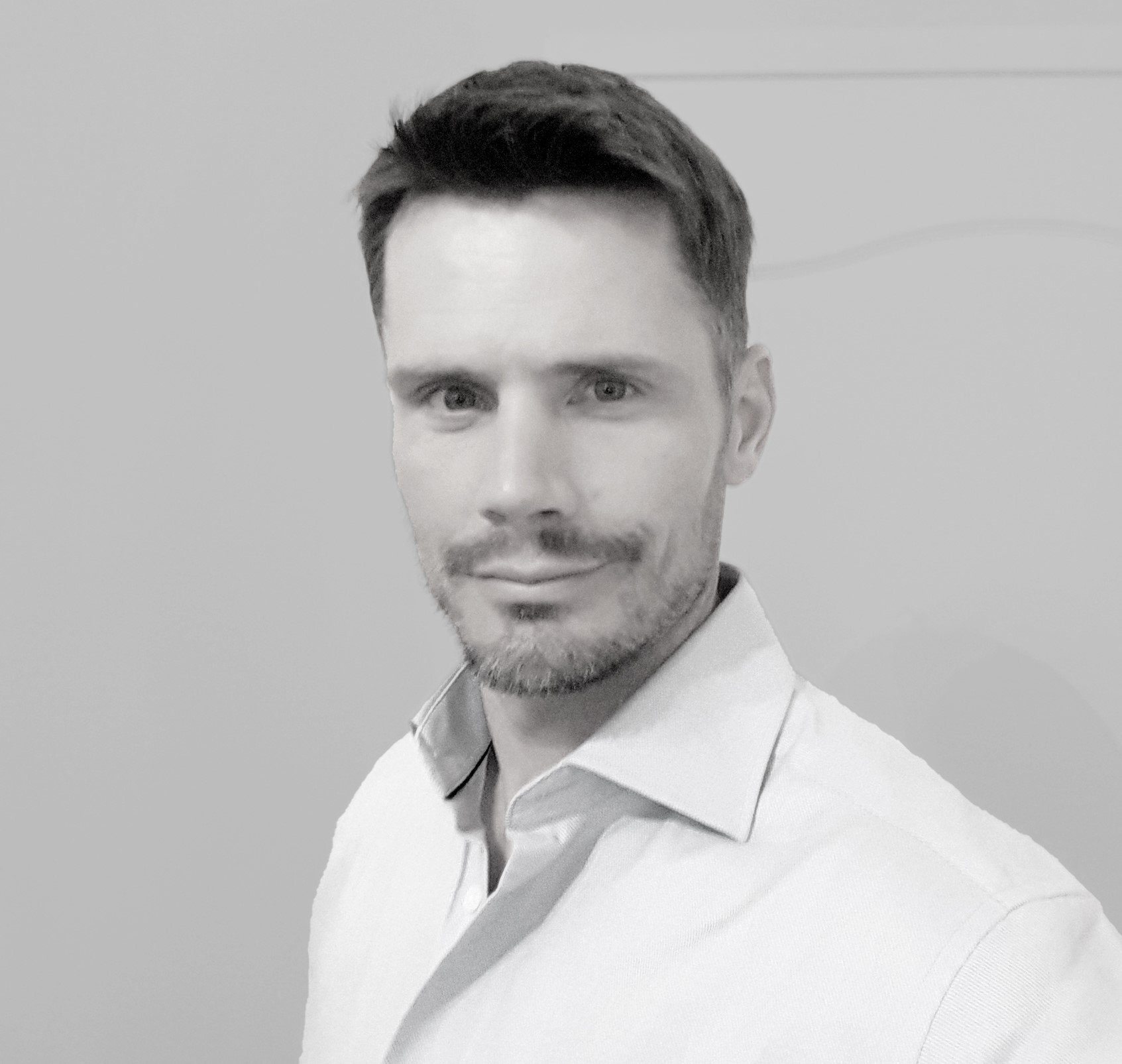 The Road to Mars - Impressions from Brownsville, Starship and the timeline to living on Mars
Former Green Beret, Serial Entrepreneur, survivalist, inventor, crypto investor, future astronaut, and currently working with a team on the Carbon Capture XPrize competition. 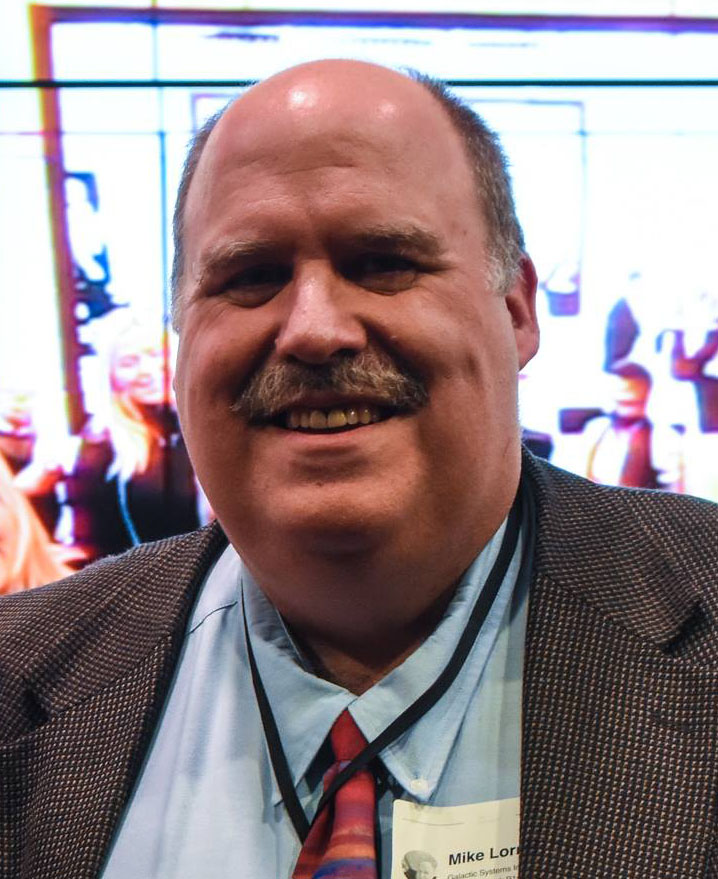 TBA
Mike Lorrey, a USAF veteran, has a range of experience in aerospace, virtual reality, and cryptocurrency. He developed the EZ-Rocket and Xerus flight simulators in the X-Plane simulator for XCOR Aerospace. He was part of the group of innovators developing the concepts that were eventually published and coded into the Bitcoin algorithm. He has been an advisor to FTX, Octaneum, Metalyfe blockchain web browser, Family Office Venture Capital, David Drake, and other family office organizations. He also developed the first virtual stock exchanges as a VR developer, and has served as an advisor to several cryptocurrency firms over the past decade. He currently develops content for Opensim, Decentraland, and Somnium Space based clients and serves as the chair of the Exhibits Committee for the International Spaceflight Museum. His current project is a virtual world Mars Base which will serve as a virtual analog astronaut training facility for various organizations and individuals seeking to become professional astronauts or Martian colonists. 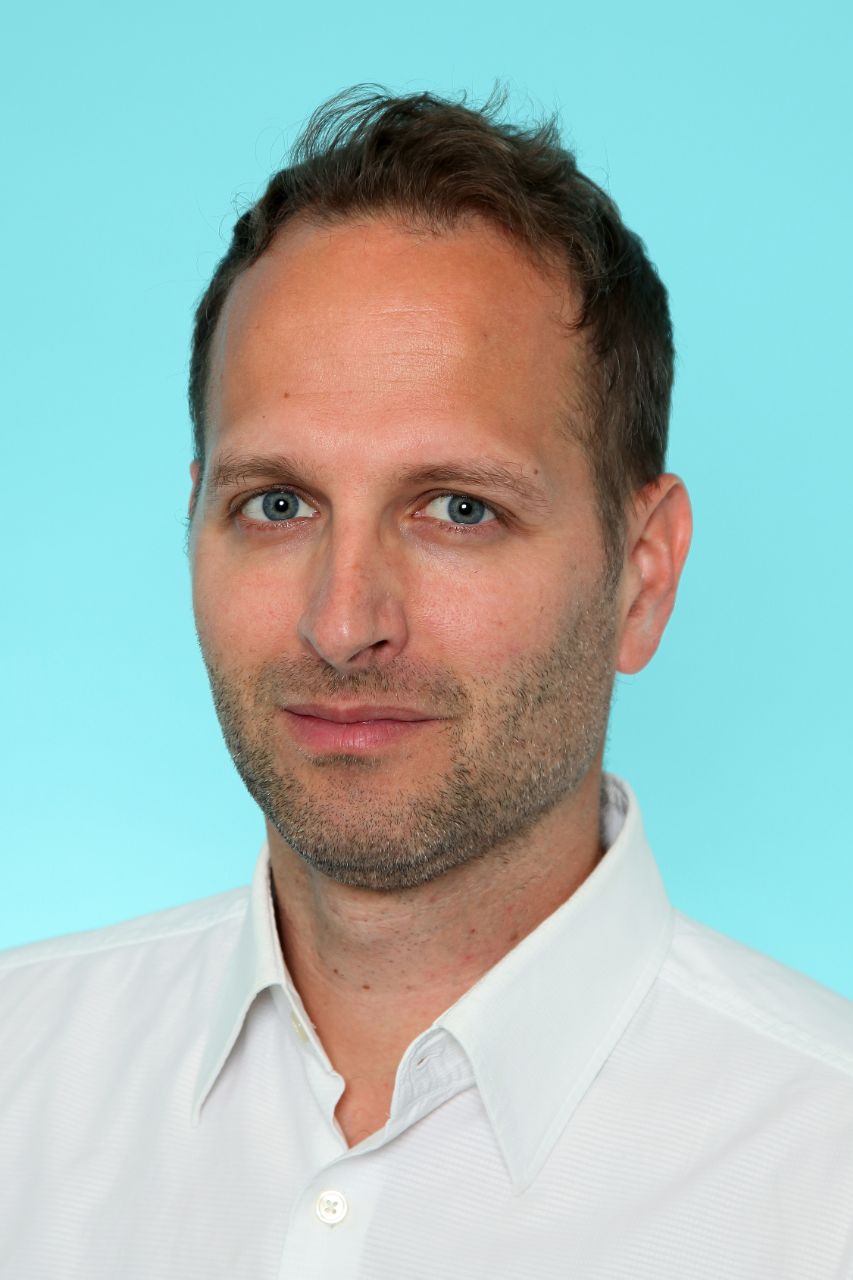 Marscoin marketing and attendance at crypto events
Earning his Masters Degree and MBA on the Faculty of Economics Ljubljana. In his career he managed multiple sales and marketing roles for international companies as for example; Johnson and Johnson, Generali Insurance, then moving into IT and Business processes management, whereby leading BI and machine learning projects for a major retail holding Aspiag management ag. This way he gathered valuable experiences that gave him the whole set of repertoire for being able to manage complex businesses. But there was one catch and that is his openness and boldness to try new revolutionary things that is impossible to persue in corporate settings! Being also an early adopter of Bitcoin in 2012 "whereby he lost all of it in an hacker attack" and Dogecoin holder since 2013, he decided to find the next altcoin with solid foundametails, great team and a higher vision to co-create with his entrepreneurial spirit! And this was the start of his journey with the Marscoin organization that motivated him to found his company J&A Marsian that will create further on the Marscoin Ecosystem, while developing the Mars gaming and virtual reality segments. 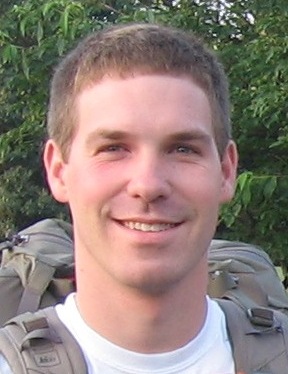 The Mars Initiative
Chris Bellant is an operations planner for the International Space Station (ISS) by day, but by night, he’s the executive director for the Mars Initiative. Through this nonprofit, he’s able to help humanity get closer to exploring Mars through both grant programs and its Mars Prize Fund. Citing a childhood love for Star Trek, Chris Bellant was driven to get a degree in aerospace engineering. Eventually, he was able to work on his passion project — getting humanity further into the cosmos.

Registration is free and open to the public
Register on Eventbrite

You Can Speak at the Expo!

Fill out this form to apply to speak or present your project or idea at the event. Applications are due by midnight on Sunday, June 13th.
View Application Form

Interested companies and nonprofit organizations can contact the Marscoin Foundation to inquire on sponsorship opportunities.
Inquire on Sponsorships

Want to learn more about Marscoin? Check out our Whitepaper. A manifesto for a new financial system and governance for Mars